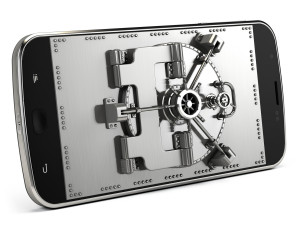 As people continue to use many of the same techniques to ward off intruders from their homes, thieves are becoming more and more aware of ways to get around conventional security measures. For this reason, it’s important to try and stay one step ahead of them by using creativity to outwit any would-be burglar. Here’s a few awesome security measures on the market that will give you an advantage against anyone who would otherwise be a danger to your home…

While a conventional alarm might deter a criminal who set it off, it may also let them know that nobody is in the vicinity, and cause them to quickly rummage through your valuables before heading off. However, there are special alarms today that make realistic sounds of the human voice, or a dog barking, or even the sound of a gun going off. These are likely to make an intruder leave immediately

The door wedge alarm is an interesting security feature that has two different practical uses. It will work as an alarm to alert you when someone tries to enter your home, as well as scare them off, but also will stop the door from opening, preventing them from getting into your home in the first place. These alarms pop up only after you have armed your alarm system.

A motion sensor in your driveway will alert you when someone arrives at your home. This nifty device can hook up to your smartphone so that you always have a good idea of what is going on at your home, even if you are far away from it. You can also set up these sensors to alert you if someone parks on your curb, as a thief is unlikely to park right in your driveway.

While having a fully functioning system of security cameras is incredibly useful and gives you great piece of mind, that process can be awfully expensive. However, did you know that even the very presence of a security camera is likely to deter an intruder from attempting to enter your home. This makes having a cheap, fake security camera nearly as practical for a mere fraction of the cost. These fake security cameras still have blinking lights and can move, in order to sell the effect.

Also a very awesome party favor, there are an assortment of secret safes on the market today that look very unassuming. These range from grandfather clocks, to hidden outlet safes, to books are actually safes. Having such a non-conspicuous place to hide your valuables will make it hard for intruders to just up and leave with your stuff.